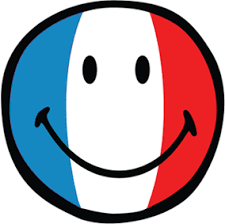 At St Andrew’s we teach French to all Key Stage 2 children as part of the normal school curriculum. We believe that many children really enjoy learning to speak another language and that the earlier a child is exposed to a foreign language, the faster the language in question is acquired. We also believe that it is a good idea to introduce a new language to children when they are at primary school, as they tend to be less self-conscious about speaking aloud at this stage of their development. It is widely believed that the early acquisition of a foreign language facilitates the learning of other foreign languages later in life.

We make the lessons entertaining and enjoyable as we realise that this approach serves to develop a positive attitude in the children to the learning of foreign languages. We build children’s confidence through constant praise for any contribution they make in the foreign language, however tentative.

When available, we use a member of staff who is a native speaker to team teach with the class teacher, allowing the children to achieve good levels of pronunciation and intonation.

Our French curriculum is closely matched to the Languages Programme of Study in the National Curriculum and lays the foundations for learning a foreign language at Key Stage 3. It clearly sets out the skills and knowledge children are expected to learn in each Key Stage 2 year group, 3-6.

The progression of French knowledge is broken down into three key areas: